What Are Duffel Bags Used For? 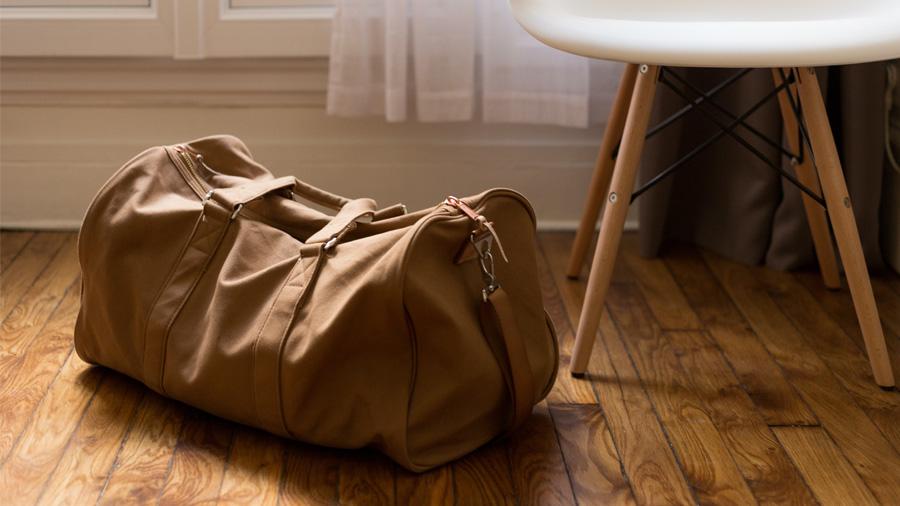 One of the most popular types of bags for a variety of uses is a duffel bag. Chances are you have seen them nearly everywhere you go, from the gym to the airport, from the halls of your local high school to being carried by travelers of all kinds. But what exactly is a duffel bag, why are they so popular, and what makes a good one?

Here’s everything you need to know about duffel bags, and why so many people use them.

What Is a Duffel Bag?

The word duffel itself originally described a type of fabric created in a town named Duffel, situated near the town of Antwerp, Belgium. A wool based material with a thick nap, it was extremely durable, and soon it was exported to Spain and England. There, it was often used for covers aboard ships, and it was then used for a coat. Soon the term ‘Duffel’ expanded in meaning.

Likely the first use of the term related to a bag traces back to World War I and the famous poet E.E. Cummings who was an ambulance driver at that time. While the term duffel was not always used to describe the cylindrical bags, they were often called kit bags or something similar.

A duffel bag originally referred to a cylindrical bag that could be folded flat, and was closed at the top by a drawstring. As time has passed, the drawstring has been replaced by other fasteners, most commonly zippers, but sometimes a metal hook and clasp, as with modern military duffel bags.

The term duffel bag now refers to a variety of cylindrical bags also still known as “kit bags” that are durable, versatile, and easy to both store and carry.

What Are Duffel Bags Used For?

Duffel bags can be used to carry a variety of things, from sporting goods and gym equipment to travel necessities. The uses are as varied as the materials used to create duffel bags. Here are a few of the most common applications.

Duffel bags are frequently used in travel, in many cases because they can be easily carried on an aircraft and meet all the requirements of modern travel. They are lightweight, fit in overhead bins, and have a lot of pockets to keep your belongings right where you need them.

As using a duffel bag for travel has become more common, many manufacturers have added things like wheels and handles to make them even easier to transport.

Headed to the beach or the pool for a swim? Or are you headed to the tennis or racquet ball courts? Going out to play some basketball or baseball? No matter what your sport of preference, a duffel bag can hold all or most of your gear, and get it there safely.

In fact, there are duffel bags specifically designed for different sports, from skiing to baseball, from swimming to racquet games. No matter what your sport, you can find a duffel designed just for you.

One of the most common places you will see duffel bags is at the gym. From carrying a change of clothes for a workout before or after work to a different pair of shoes and items for showering after a workout, a duffel bag can hold it all.

Usually, a duffel is the perfect size to fit in a gym locker too, making it easy to secure your personal belongings while you workout. (Be sure to bring your own lock, too). Because most duffels designed for the gym are also washable, you don’t have to worry about your bag smelling like--well, a gym.

The duffel has become so common that companies have created ones for specific uses, from camping to hunting, fishing, and other popular outdoor activities. They come in a variety of sizes and materials, from waterproof nylon to tough canvas. There are also a variety of colors and styles, from hunter orange to camouflage.

While we don’t often think of duffel bags when it comes to business, there are a variety of stylish and functional options out there. From leather bags with compartments for laptops and other tech items to waterproof materials designed for heavy travel, duffel bags have made their way from the locker room to the boardroom.

Is a Duffel Bag the Right Choice for You?

The question of whether a duffel bag is right for you depends on what the duffel bag will be used for. There are a variety of considerations you might want to keep in mind.

What you are doing and where can make a big difference in the choice between a duffel bag and another type of luggage.

Want a duffel with a personal touch, whether that is for your little league team or your business? Check out all the customizable duffel bags here at Promoleaf. Don’t find what you are looking for? Contact us, and we will be happy to help.