The Surprising Truth about Virtual vs. In-Person Conferences 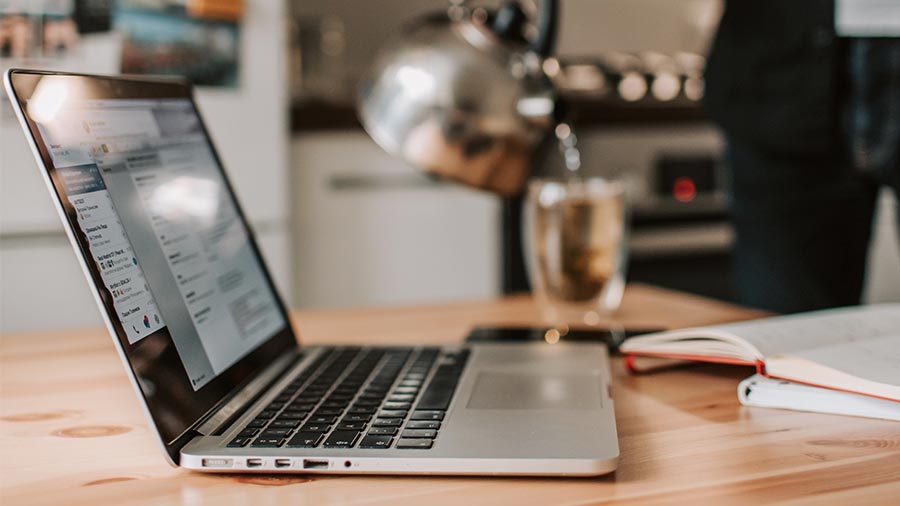 Zoom. Slack. Google Hangouts. GoToMeeting. Webinar software and ways for us to digitally connect with others in large or small groups have led to the rising popularity of virtual conferences--sort of. The truth about virtual vs. in-person conferences may surprise you. Despite the convenience and less need for travel, a recent survey shows that over 70% of participants prefer to attend conferences in-person.

The study, conducted by CensusWide for PromoLeaf, surveyed over 1,000 conference participants throughout the United States and across a wide variety of industries and age groups. They were asked several questions about their preferences when it came to virtual conferences.

The questions covered everything from the preference for in-person vs. virtual conferences to the price they would be willing to pay to attend, the ideal length for a conference, and the day of the week they would prefer for conferences to be held on.

Let’s explore those topics and illustrate what they mean to conference planners.

Participants in the survey were asked: “Do you prefer a real-life conference or a virtual conference?” An overwhelming 72% stated they would prefer an in-person conference. A small percentage, just under 5% said they would prefer neither, but at nearly every conference there’s always someone who doesn’t want to be there, but their boss made them go.

Given the propensity for doing things virtually in today’s workspace and the new normal of many people working remotely, this answer may seem surprising, but there could be a number of reasons behind it.

One theory is that younger people see the online or digital world as an escape. While they are social media savvy and may do a lot of gaming online, they are not as quick to adapt to online learning and other virtual environments. This is because they associate the internet with fun rather than work and learning.

This may be why, as a study by the Community College Research Center shows, younger students who engage in online learning are less likely to finish courses, more likely to drop out of school entirely, and less likely to retain information. This results in their failing subsequent courses that build on material covered in the online class.

Conferences have much the same purpose as an educational effort, but attendees, particularly virtual ones, can more easily check out and not engage fully in presentations and material that might be important to the work they do.

“In person events will always have greater potential to provide a quality experience to the attendee,” Alex Patriquin, founder and CEO of EventGeek told us. “While virtual events will always be more efficient. You can play in the margins, but that’s just biology.”

This speaks to not only the preference of conference attendees but also provides valuable data to conference organizers regarding format and desired learning outcomes.

To Pay or Not to Pay

Another issue that arises with online conferences is the willingness of participants to pay what conference organizers would say would be a fair price. In the case of an in-person conference, the participant can “see” the venue, the conference space, the audio/visual set up and other “clues” to what a conference actually costs to put on. “People don’t want to pay. Full stop,” says Adam Parry, Editor of Event Industry News and Co-founder of Event Tech Live . “If they can get something for free, that is always their preferred option.”

In the case of an online conference, there are other costs, but 35% of respondents said they would only pay less than $100 for a virtual conference that benefitted them in some way, and a mere 3% said they would prefer not to pay at all. The reasons these numbers are so much lower than for in-person conferences are:

The truth about online conferences is that speakers still need to be paid, equipment and software are still needed, and personnel must still invest time running the conference. The responsibility of the organizer to effectively communicate this information is a challenge.

“Brand equity and brand trust increase the perceived value, and what your audience would pay. But if you’re just starting out, $100 might be a good place to start,” Parry says, citing virtual conferences held by well known organizers and brands. “People will pay for events they expect to offer value,” Patriquin adds. “Increase the perceived value of virtual events, and you’ll increase attendees’ willingness to pay,”

To Pay or Not to Pay:

We asked: How much would you be willing to pay to attend a virtual conference?

Organizers are not without guidance. There are several approaches to pricing a conference, and organizers can select the one they use for each conference based on the industry and type of conference.

The key to this is understanding your hard costs, even when it comes to a virtual conference, and setting up your budget accordingly.

But a distinction does need to be made when it comes to the type of conference as well. “When companies, not event organizers, are using online events to lead capture, I won’t pay for that either,” Parry says. This requires virtual event organizers to be very clear about the purpose of their event.

There are more factors that play a role too, including the length of the conference, and that is what participants were asked next.

The Ideal Length of a Conference

The Ideal Length of a Conference:

We asked: How long do you think a virtual and face to face conference should last?

Why the stark differences? Conference-goers clearly prefer online conferences that get right to the point. The socializing and networking time between sessions, snack and lunch breaks, and other items can be eliminated. While this is often invaluable time at conferences, it is limited by the constraints of digital events.

This leads to the conclusion that when it comes to virtual conferences, a series of smaller events would likely be more successful than a large, multi-day event, while in-person conferences can and should be longer.

“If you have a compelling topic and speaker, people may engage for more than an hour,” Parry told us. “But when it comes to things like round tables and panel discussions, I think things will get shorter rather than longer.”

One potential advantage of in-person conferences is that you don’t have to be there to “be there.” Session and even overall conference replays can, and often are offered either as part of the event registration or as an add on in limited access or post-event replay type pricing models.

But while this could be seen as a benefit, almost half (46%) prefer conferences that are two-way with a Q and A session at the end. Almost 40% would prefer both a live session and the option for a replay on demand. Only 15% would prefer a one-directional conference.

We asked: Do you expect virtual conferences to be one or two-directional?

For virtual conference organizers, this is actually good news. Live conferences that are also recorded and can be streamed later on-demand will satisfy all sets of respondents, and there may be a source of additional revenue available by doing so.

While the camel and the “Hump Day!” commercials may well haunt us for an eternity in memes, Wednesday does seem to be the preferred day for a number of events, and virtual conferences are no exception. This is in large part to work-week patterns and preferences. This statistic was true of survey respondents no matter what part of the country they were from.

We asked: What is the perfered day of the week to attend a virtual conference?

In fact, studies show that Wednesdays are a favorite day of the week to do a lot of things, including being rated as the best day for a first date . Why is this? Science shows us that while Monday is described by most people as blah, and boring, and even a drag, the days in the middle of the week, including the famed “Hump Day” have a more mundane reputation.

Some studies even suggest that Wednesdays are the best day of the week to take off , to break up the monotony of the workweek, and recharge. So it makes sense that people prefer Wednesday for conferences.

On the other end of the spectrum, Fridays are associated with words like “party”, “release”, and “freedom”. While the Huffington Post came up with ten reasons we should love Wednesday , it seems that Friday doesn’t need much help at all.

When it comes to in-person conferences, the preference trends much more toward Thursday and Friday, as few people want to return to work after travel and a full conference. The ease of virtual conference attendance makes midweek a great time to plan them.

What about the time of day? Despite all the office mugs with jokes about jumpstarts and coffee-fueled conversation, most people prefer morning for conferences, with one notable exception.

In the youngest group, aged 16-24, the split between morning and afternoon was about even, nearly 35% for each. However, as age increases, so does the preference for morning conferences, with those over 55 coming it at 66% in favor of conferences early in the day.

We asked: What time of day would you prefer to attend a virtual conference?

Almost no one selected lunch or evening conferences, showing that respondents value their time off. What is interesting is that the percentage preferring a lunch conference is the largest in the youngest group and smallest in the oldest group of respondents, opposite the morning preference curve.

The same is nearly true for conferences held in the evening, with only 3.5% in those aged 35-44, prime years where they are most likely to have kids at home. Only 2% of those 55+ would be open to evening conferences.

“The breakfast briefing is a great format,” Parry told us. “It keeps the attendees’ minds on the content for the rest of the day, and doesn’t break up their workflow or worse extend into the early evening hours.” While this is a great time to have a conference, it seems that “at the moment, it’s very underutilized.”

So is Wednesday morning the best time for a virtual conference? Conference organizers will have to analyze their own audience to be sure, but the assembled data seems to point in that direction.

What can we conclude from the data gathered? Clearly most of those surveyed, including the youngest segment, prefer in-person conferences over virtual ones, and they are more willing to pay for them.

That does not mean that virtual conferences don’t have a place, and in many cases, they are both more desirable and sustainable. However, timing does matter a great deal, as does the cost of the conference. But just like in-person conferences, there are models that can help you establish the right pricing structure, and offering on-demand replays of a live conference is a sure way to add value for nearly every category of those surveyed.

And whether you organize a live conference or a virtual one, the results of this survey can help you understand what it is conference-goers are looking for, and how to make your conference a better one.

The research was conducted for PromoLeaf by Censuswide, with 1,008 respondents in the United States who have been to a F2F conference and a virtual conference. The survey was conducted on April 9, 2020. Censuswide abides by and employs members of the Market Research Society which is based on the ESOMAR principles.